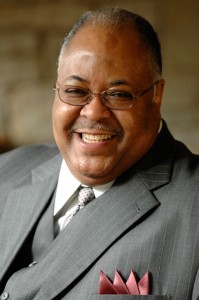 Frank Williams is a native of Gastonia, North Carolina and was educated in the public schools there. He holds music degrees from Johnson C. Smith University and the UNC-Charlotte. He has done additional study at UNC-Chapel Hill, UNC Greensboro, Winthrop University and the Interlochen Arts Academy, Interlochen Michigan. His teaching career began in the public schools of Gaston County and then Charlotte-Mecklenburg Schools. He went on to teach at Central Piedmont Community College where he became the Department Head and Assistant Dean of Visual and Performing Arts. Prior to his moving to Richmond, Mr. Williams was Assistant Professor of Music, Director of Choral Activities and Department Chair at North Carolina Central University in Durham, North Carolina. Presently, he is an Instructional Specialist for Fine Arts with the Richmond Public Schools.

Mr. Williams has served as a clinician in North Carolina, South Carolina, Virginia, Florida, Tennessee and Ohio. He has adjudicated choral festivals throughout the southeast and in Kansas City, Missouri. He has conducted the Intercollegiate Music Festival Chorus at Norfolk State University, the North Carolina All State and Honor Choirs, and in 1991 was invited to conduct the Mormon Tabernacle Choir at Temple Hall in Salt Lake City, Utah. In 1979, Mr. Williams founded and conducted the Charlotte Contemporary Ensemble, a community based ensemble of African American singers until the time of his departure from Charlotte, In 2004, Mr. Williams returned to Charlotte for the 25th anniversary of the ensemble and was commissioned to write “O Magnify the Lord” to commemorate the occasion.

Mr. Williams has published music with GIA Publishers of Chicago, Illinois and has other compositions to be submitted for publication. His proudest achievements include founding the Charlotte Contemporary Ensemble. conducting the Mormon Tabernacle Choir, chairing the Department of Music and conducting the University Choir at North Carolina Central University and serving as Minister of Music or Director of Choirs at Ebenezer Baptist, Friendship Baptist and Mt. Hebron Baptist.

He has two children, Farran, a graduate student and teacher in North Carolina and Shawn, serving in the U.S, Army in Iraq.  He has two grandchildren, Aaniyah Custis and Shawn Hines, Jr.